BOARD OF DIRECTORS MEMBER 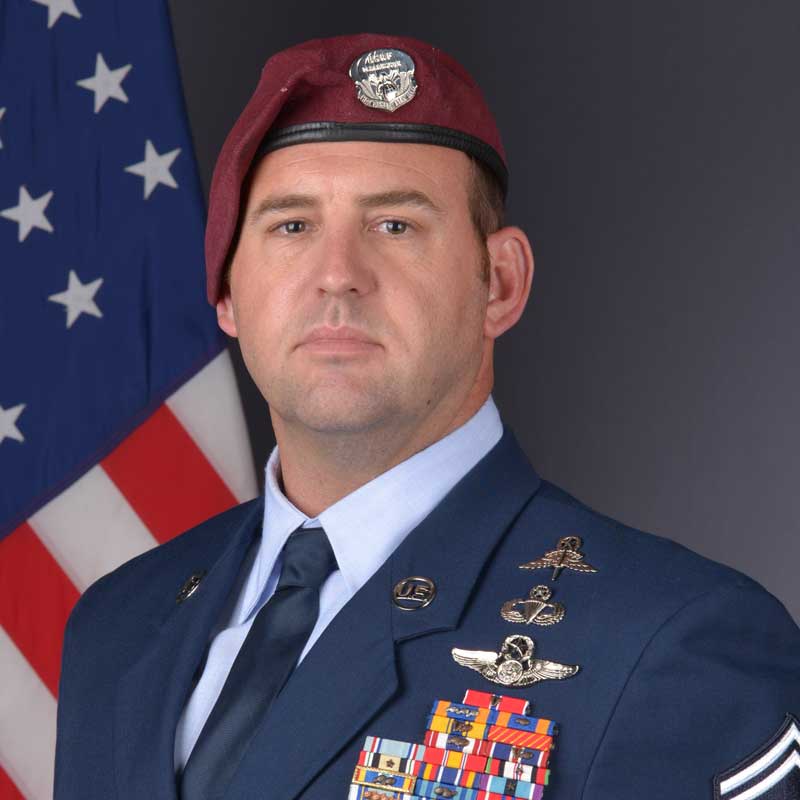 Brandon Daugherty was born and raised in Tucson Arizona and joined the military directly after the twin towers were struck in 2001. He came directly in as a USAF Pararescuemen (PJ) and served on Active Duty for 10 years before joining the USAF Reserves in 2012 where he is still serving as the 920th Operations Group Superintendent. Brandon moved to the Space Coast in 2015 to develop the astronaut rescue and recovery program for NASA as a DoD Civilian and served in that position until the summer of 2021. Brandon is now the CEO of Operator Solutions which is a contracted rescue service that services the commercial space industry. Brandon has deployed 7 times as Pararescue Team Leader supporting Combat Search and Rescue operations during OPERATION ENDURING FREEDOM-AFGHANISTAN/HORN OF AFRICA, as well as OPERATION IRAQI FREEDOM. He also provided Humanitarian Support during Hurricane’s Katrina/Rita and most recently tallied over 120 hoist rescues during Hurricane Harvey.

Because of his combat experience, he has a special place in his heart for those struggling with mental health problems. He has seen first-hand how broken the mental health system is within the DoD. In 2013 he had a close friend he was mentoring (former combat medic) take his own life. Brandon vowed that he would find a way to be part of the solution and not blindly ignore the mental health crisis we are facing within the military and first responders. Clement Stone says, “Thinking will not overcome fear, but action will”. He was halfway through his master’s degree in Mental Health Counseling when he changed his degree type to Christian Ministry because he felt it would better fit in his calling. There are many barriers that keep people from seeking mental health, one of the largest barriers is the thought “they wouldn’t understand what I am going through”. The Sheepdog Program was founded and developed by people who have real combat experience and know the struggles and hardships that can only be learned through experience. Brandon has witnessed numerous veterans experience breakthrough in mental health going through the sheepdog program and believes the program is needed now more than ever.

Get the help you need

Schedule Your Free Consultation
SCHEDULE YOUR CONSULTATION
Go to Top